Keeping Goldfish in a Bowl is it a Good Idea?

Goldfish are one of the most popular pet fish especially with younger children but is keeping a goldfish in a bowl a good idea? In this article, we will discuss where the terminology goldfish bowl came from and take a look at whether a goldfish should be kept in a bowl.

Some images and products shown in this article are affiliate links, we may earn a small commission, we hope you find the information useful.

Where Did The Term Goldfish Bowl Come From?

There are many different thoughts about where the term goldfish bowl derived from in many dictionaries or documents the term is described as a place with no privacy because a glass bowl is viewable all the way around, here at keeping fish we believe the term goldfish bowl started from fairgrounds when children would hook a duck with a stick and win a goldfish, on each fairground stall if you won enough times you would be presented with a glass bowl to keep the fish in, or a parent was offered a bowl at a given price making the fairground stall holder more money, a glass bowl in the 20th century was very cheap too produce making it a great option on the fairground attraction.

Children have always been attracted to goldfish because of their beautiful colouring and friendly persona, so in the fairground, a child would always say “please can we get a goldfish” this is why we believe the term goldfish bowl came from fairgrounds which then stuck as a saying because many people would visit the fair with children.

Is Keeping Goldfish in a Bowl a Good Idea?

The simple answer is no! and we will explain why: a goldfish can grow to size typically of 3 to 6 inches in length, in the wild or in a pond they can grow up to 14 inches, keeping a goldfish in a bowl will not only stunt the fishes growth but will also make the fish very sad and distressed. Goldfish do not like to be alone and ideally should be kept in pairs.

A goldfish bowl or fish bowl would need to be set up in just the same way a fish tank or aquarium would, it would need filtration and oxygen for the fish to survive. An aquarium requires a 20% water change at least every 2 weeks to maintain good water conditions and an aquarium holds many times more water than a fish bowl.

Keeping fish does not recommend keeping goldfish in a fish bowl as they will not survive for long, a goldfish can live up to 15 years if kept properly, its chance of survival in a bowl even with regular water changes would probably be no more than 12 months.

Are There Any Types Of Fish That Can Be Kept in a Fish Bowl?

There are fish that can be kept in a fishbowl without causing them harm, the main factor to look at is the size of the fish compared to the water volume. small fish such as nano fish could survive happily in a fishbowl, but any small bowl or small fish tank takes much more maintaining than a larger aquarium.

Why Are Goldfish Bowls Marketed For Beginners?

It is a misconception that a goldfish bowl or a fishbowl, which should be the correct terminology is a good idea for beginners, in fact, the smaller the fish tank, bowl, or aquarium is, the harder it is to maintain. The higher the volume of water the fewer bacteria will be able to build up from fish waste or fish food that rots in the tank, maintaining good water quality with a filtration system and having an oxygen supply and heater will ensure water conditions are always kept to an optimum level for the fish.

From a marketing angle suppliers probably base their analysis on cost, a fishbowl is much cheaper than a large aquarium making it an easier sell to parents purchasing a home for pet fish for the first time. 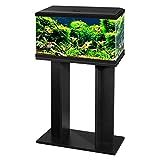 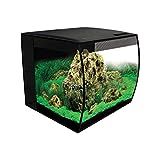 In conclusion to the question keeping goldfish in a bowl is it a good idea? our answer is no, goldfish grow up to 6 inches in length, keeping them in a confined space will stunt their growth and make them unhealthy.

Lastly, it is concluded that goldfish should be kept in a fish tank with at least an 80 Litre water capacity.

If you are looking to start your first aquarium, then you will want to know a few things about starting out basic aquarium knowledge that will lead to happy fish. There is not much that can compare with the beauty

Aquarium Fish to Avoid for Beginners

When you first start an aquarium it is advisable that you choose your fish carefully, in this article we will show you some aquarium fish to avoid as they are simply too difficult to look after for beginners. Some images 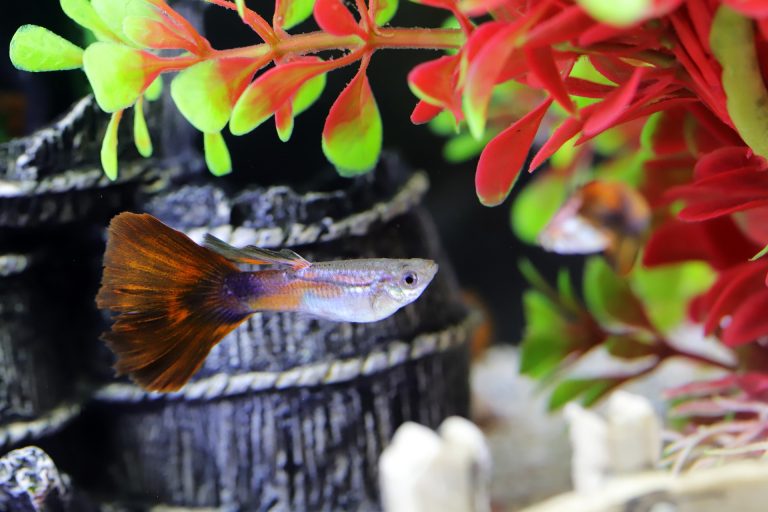 Firstly there are several factors to consider when selecting the most suitable lighting for your aquarium, different types of aquarium lighting all provide light but having said that it is important to determine the best option for your individual aquarium.

This Keeping Fish Store is a participant in the Amazon Services LLC Associates Program, an affiliate advertising program designed to provide a means for sites to earn advertising fees by advertising and linking to amazon. Certain content that appears on this site, comes from Amazon Services LLC. This content is provided “AS IS” and is subject to change or removal at any time.

You can find out more about which cookies we are using or switch them off in settings.

This website uses cookies so that we can provide you with the best user experience possible. Cookie information is stored in your browser and performs functions such as recognising you when you return to our website and helping our team to understand which sections of the website you find most interesting and useful.

Strictly Necessary Cookie should be enabled at all times so that we can save your preferences for cookie settings.

If you disable this cookie, we will not be able to save your preferences. This means that every time you visit this website you will need to enable or disable cookies again.